This “First Lady of Television” captured the hearts of America for over seven decades with her memorable roles and winning smile.

She's the ultimate Golden Girl! Betty White is known for playing the beloved Rose Nylund in the 80s sitcom, the feisty Sue Ann Nivens on The Mary Tyler Moore Show, and as the oldest host of Saturday Night Live at age 88, but did you know she started her career in radio before becoming a regular fan favorite on TV game shows?

However you know this shining star of radio, stage, and screen, there may be a role you've missed. (The first woman to produce a sitcom. Go, Betty!) White also championed animal welfare, racial equality, and LGBTQ+ rights. That's why we asked TopResume Senior Resume Writer Billie Jones to capture Betty White's many achievements in an impressive resume.

See which of White's hilarious performances you need to catch in a career that shined bright for over 70 years. 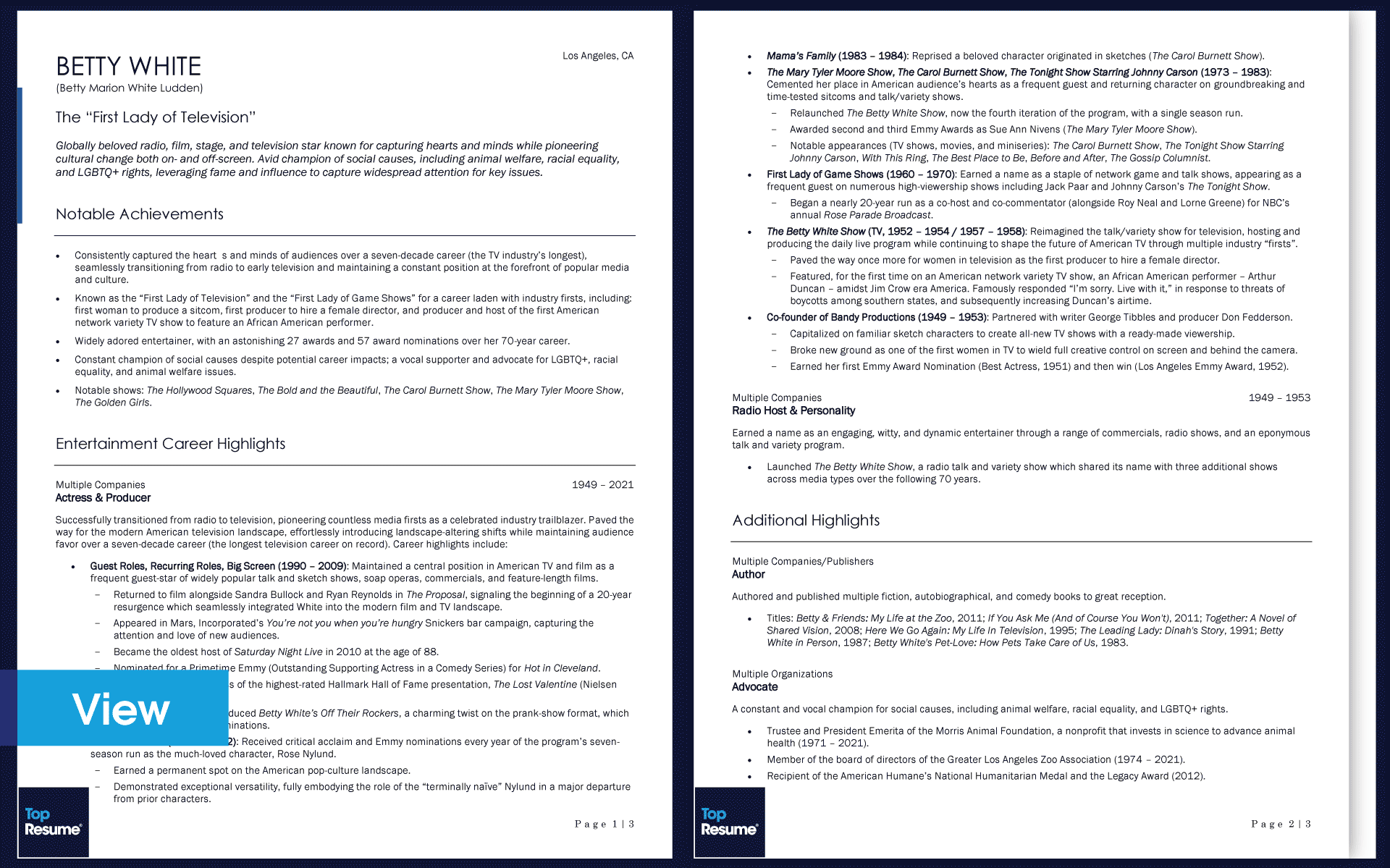 Want to see how your resume stacks up? Request a free resume review today!